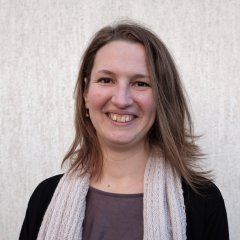 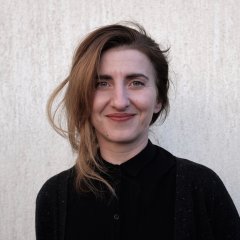 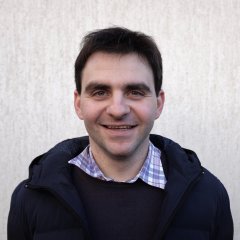 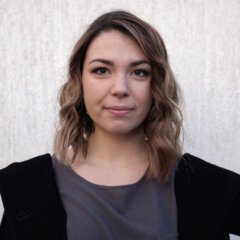 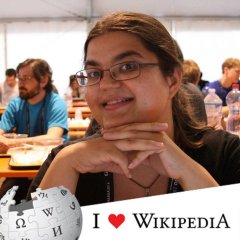 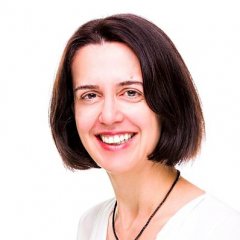 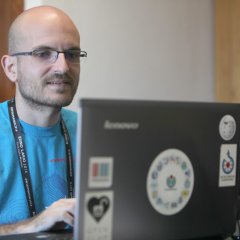 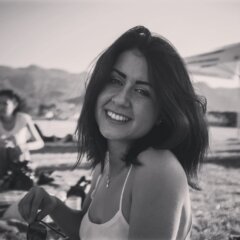 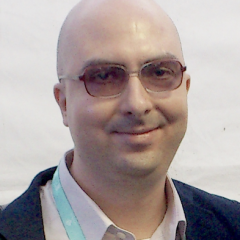 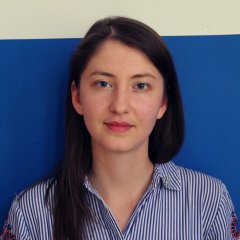 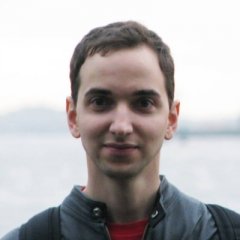 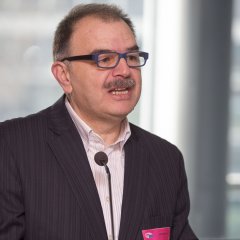 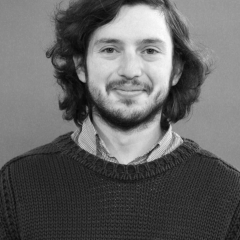 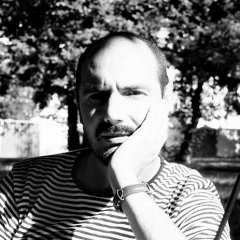 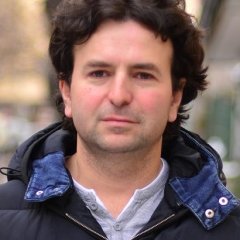 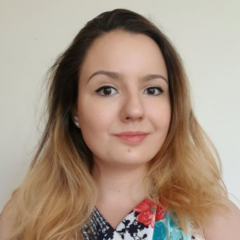 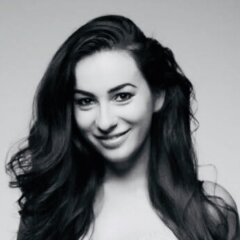 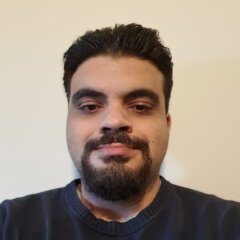 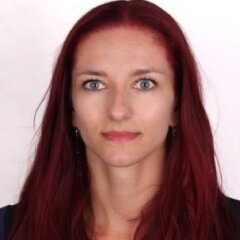 CHAIRPERSON OF THE BOARD
ana@digrep.bg

Ana is a legal practitioner in the field of Intellectual Property and Commercial law and an Industrial Property representative before the Bulgarian Patent Office and EUIPO.

She is the Creative Commons Chapter Lead for Bulgaria and a member of the Europeana Copyright Community Steering Group. Ana is particularly involved in the ongoing copyright reform of EU and national level.

Ana is currently a doctoral researcher at Sofia University and teaches IP and IT law to non-lawyers.

Plamena is an intellectual property lawyer interested in digital freedom and the digital world.

She has defended her dissertation at BAS on Copyright and Architecture, a topic she continues to be passionate about to this date.

In addition, Plamena has specialised at Columbia University, New York (Kernochan Center for law, media and the arts) – the legal aspects of the Europeana vs. Google Books projects; at the History Department of Oxford University on Open Access and metadata issues.

She has participated in ICANN meetings, including in connection with the Trademark Clearing House. She has been a member of the Internet Commission at INTA since 2017.

Dimi is a Bulgarian political scientist currently working as Director of European Policy for Wikimedia in Brussels, where he is trying to “fix” copyright.

He has lived in Libya, Austria and Poland, where he initially researched minority rights, hate and discrimination issues before Wikipedia and the ACTA negotiations sparked his interest in digital rights.

He is currently dedicated to promoting the public domain and decentralizing the internet. He loves coffee, hates carrot juice and thinks Twitter is the benign version of the internet.

Siyanna graduated in Law from Sofia University and has an LL.M. with a specialization in Intellectual Property Law at the University of Cambridge.

Siyanna is the national representative of Creative Commons Bulgaria and is part of the growing Sofia Legal Hackers community.

She believes that shared knowledge is the foundation of modern society and should be a priority in the development of modern European policies. She never learned to blink with her right eye but manages to get by regardless.

Vasya Atanasova has been a Wikipedia editor for more than 12 years with over 1600 articles in the Bulgarian version of the encyclopedia and over 6000 freely licensed images in the multimedia repository.

She is behind the collaborations of the Bulgarian wiki community with the State Archives, the Sofia Zoo, the Balkan SPD, the National Polytechnic Museum, and the National Museum of Natural History, aimed at creating free digital content of documentary and educational value. She works with professors from several universities and leads wiki trainings for students in various subject areas. Hers is the first university course in Bulgaria entirely dedicated to Wikipedia at Plovdiv University. In 2018, she led Wikipedia and media literacy training for librarians in ten regional libraries in the country.

Vasya is the “evil genius” behind the “100 Wiki Days” challenge, in which one hundred encyclopedia articles must be created in one hundred consecutive days; over 300 people worldwide participated in the challenge, creating over 18,000 new Wikipedia articles in over 50 languages. For this initiative, in September 2018, she received one of TimeHeroes’ annual volunteer awards.

When not working on Wikipedia, Vasya works at the Institute of Biophysics and Biomedical Engineering at BAS, where she has been an Associate Professor in the Bioinformatics and Mathematical Modelling Section since April 2018.

Zhulieta is a lawyer specialising in the field of digital technologies and the regulation of digital services, big data and personal data.

Zhulieta is a registered intellectual property representative with the Bulgarian Patent Office and the EUIPO in Alicante. She is also a certified expert at the IAPP (CIPP/e).

Zhulieta holds an LL.M with the Queen Mary University of London in the Law of Technology, Media and Telecommunications.

She has authored several publications and is frequently called to lecture in her field of professional interests.

Spasimir graduated in History and Geography and holds a Master’s Degree in “Climate Change and Water Management” at the Faculty of Geology and Geography of Sofia University.

Since the beginning of 2008 he has been contributing to Wikipedia with information and photos and is an active participant in the Bulgarian Wiki community. Spasimir believes that the free encyclopedia is a great means for knowledge to reach billions of people around the world for free.

Since 2013 Spasimir has been actively working in cooperation with the “State Archives Agency” and regional libraries to digitize Bulgarian cultural heritage.

Rosi is a law graduate from Sofia university St. Kliment Ohridski. She has spent a semester in Eötvös Loránd University in Budapest on Erasmus + program. Her experience is mainly in the fields of corporate law, personal data protection and intellectual property. Her current practice is in the field of trademarks.

Rosi has worked for an online platform that “decodes” complex laws into accessible language. She is fascinated with the interplay between law, art and media and dreams of a world where everything is fine between them.

GEORGI SIMEONOV
Georgi is a computer scientist who graduated from Sofia University, Faculty of Mathematics and Informatics. He works in the field of computer science and information technology with interests in digital freedom, exact sciences, artificial intelligence, cybersecurity, free access to knowledge and data on the Internet.

At BAS, George works on big data and European projects related to open access to scientific data, including the online network for open science OpenAIRE. He participates in international organizations, conferences, schools, and working groups that develop standards and software for long-term data preservation and interoperability between different digital repositories and software systems.

Galya is a digital policy professional. She has studied Communications and Internet Governance in Belgium and has worked in the European Parliament for the Pirate Party on dossiers set out in the Digital Single European Market, including: international trade agreements (TTIP, CETI, etc.), online privacy, Internet of Things, digital copyright, net neutrality, etc.

Galya is currently working on projects related to open-source software. She is familiar with the processes and trends in European digital policies and how they affect business and its development.

Dilyana graduated in European Studies from Sofia University, having spent one semester abroad at the University of Liege in Belgium. She also holds a Master’s Degree in the program “E-Europe” with a thesis following the vote on the European copyright reform.

She is interested in European Union digital policies as more and more of our lives are being transferred online. She believes that more people need to know exactly what is being voted on at the European level because it directly affects our freedom on the Internet, our privacy, the use of online platforms and much more.

Jordan is an IT specialist. He has a degree in Informatics from Sofia University “St. Kliment Ohridski”. He’s worked on several national and European projects related to ecology, internet, GIS-modeling and remote sensing. He likes piloting eco-drones and photography.

Still believes in a better world. Contributes to open-source projects.

Believes that in the 21st century everyone must be able to program a computer, just like they should be able to read (critically) and write (clearly). At the same time, mainstream languages are needlessly complicated, even for professional programmers. The solution is in languages like Clojure which have embraced simplicity as a foundational value.

Author of the books: Ask the Audience (2018), Cinema Independents. From Edison till Netflix (2019), Mapping of film untamedness. Independent, amateur and alternative cinema in Bulgaria after 1989 (2021)

Georgi Tomov is an installation artist. Georgi was born in Sofia and lives and works in Berlin.

Georgi works with ephemeral media – light and sound – achieving an abstract understanding of the essence of an object or space. The aim of this practice is not only to reflect, but also to argue perception: a poetic reconstruction of reality supporting an idealistic vision of the world; an expression of the formation of thought forms in the process of the artist’s movement.

Radoslav Chichev graduated in History from Sofia University “St. Kliment Ohridski”. He is currently one of the presenters of the “Artefir” and “Alarm” programs on the “Hristo Botev” program of the Bulgarian National Radio.

He is the author of the poetry collections “From the Dust of the Day”, “The Hunter’s Heart is a Fox” and “5.6”, as well as the plays “The Collector”, “Traevremene” and “Planck’s Star”. One of the participants in the poetry performance “4×4”

Aleksandar is a book publisher and one of the creators of the native web. He is involved in a number of different projects, among which the most popular is PhotoForum – the largest Bulgarian online platform for photography.

Aleksandar is also the limiter of the prestigious photography contest “Annual Photography Awards”.

Dr. Dimitrina Papagalska is an assistant at the Institute of Intellectual Property and Technology Transfer, UNWE, where she teaches intellectual property, television industry, copyright and related rights and creative industries.

She is also a member of the Media Literacy Coalition and has over 7 years of experience in project management and administration, as well as in organizing and coordinating training and events.

Maya is a Senior Legal Advisor at SiteGround Hosting EOOD, for the past seven years she has specialized in the field of intellectual property rights, information technology, personal data protection and other areas related to the company’s activities. Prior to joining SiteGround Hosting EOOD, Maya worked in Brussels, where she provided legal advice in the field of intellectual property law, as well as in other areas of international and European law.

Maya graduated the Faculty of Law at Sofia University “St. Kliment Ohridski ”, and then she continued her education with two postgraduate qualifications in International law and European law at the University of Cambridge and Maastricht, after their successful completion she was awarded with the Magister Legum (LL.M.).

Maya loves extreme sports, such as snowboarding and kite surfing, as well as hiking in mountains.

Nikolay is a law student in Tilburg University currently enrolled in International Business law LLM. He’s a firm believer in the evolution of law and lawyers due to the increasing involvement of technology in the law.

His interest in Blockchain and smart contracts solidifies his belief that the legal practice will undergo a rapid change. This technology also changes how Intellectual Property is registered, kept, and distributed.

Nicole graduated in Law from Sofia University “St. Kliment Ohridski”. After a short stay in the legal profession she decided to take a new direction in the field of information technology and personal data protection.

In the present discrepant days, it is sometimes a great challenge to reconcile exact opposites and at the same time establish a connection between them. Nicole believes that curiosity and enthusiasm are everything one needs in order to connect seemingly antagonistic fields such as law and IT, although in fact the interaction between them is far from ephemeral.

During her free time, Nicole enjoys sports, hiking and getting lost in books.